Note: This section is a continuation of 'The Basics'. If you have not read it yet we recommend you take a look at it before continuing!

Within 'The Basics' we mentioned how "Hello, world!" is quite an advanced concept for Huff. The reason being that we need to have an understanding of how strings are encoded in the EVM.

Each part will look as follows for the string "Hello, world!":

The following MAIN macro steps through this encoding in a clear way.

Have a look how memory is set and what is returned interactively with evm.codes playground (opens new window) for this example.

Notice in the previous example that 3 adjacent words (32 bytes each) are being stored in memory. The 1st word is the offset and the 2nd word is the length. Both of these are left padded as all values are. The 3rd word is right padded because its bytes. Notice the length and the bytes are adjacent to each other in the memory schema. The length, "0d" is in memory location 0x3F and the first byte of "Hello, world!", 0x48, is stored at 0x40.

This is a common technique in Huff and was also made popular by Seaport's _name() function (opens new window).

Here is a diagram illustrating the "Seaport" method using the string "TKN": 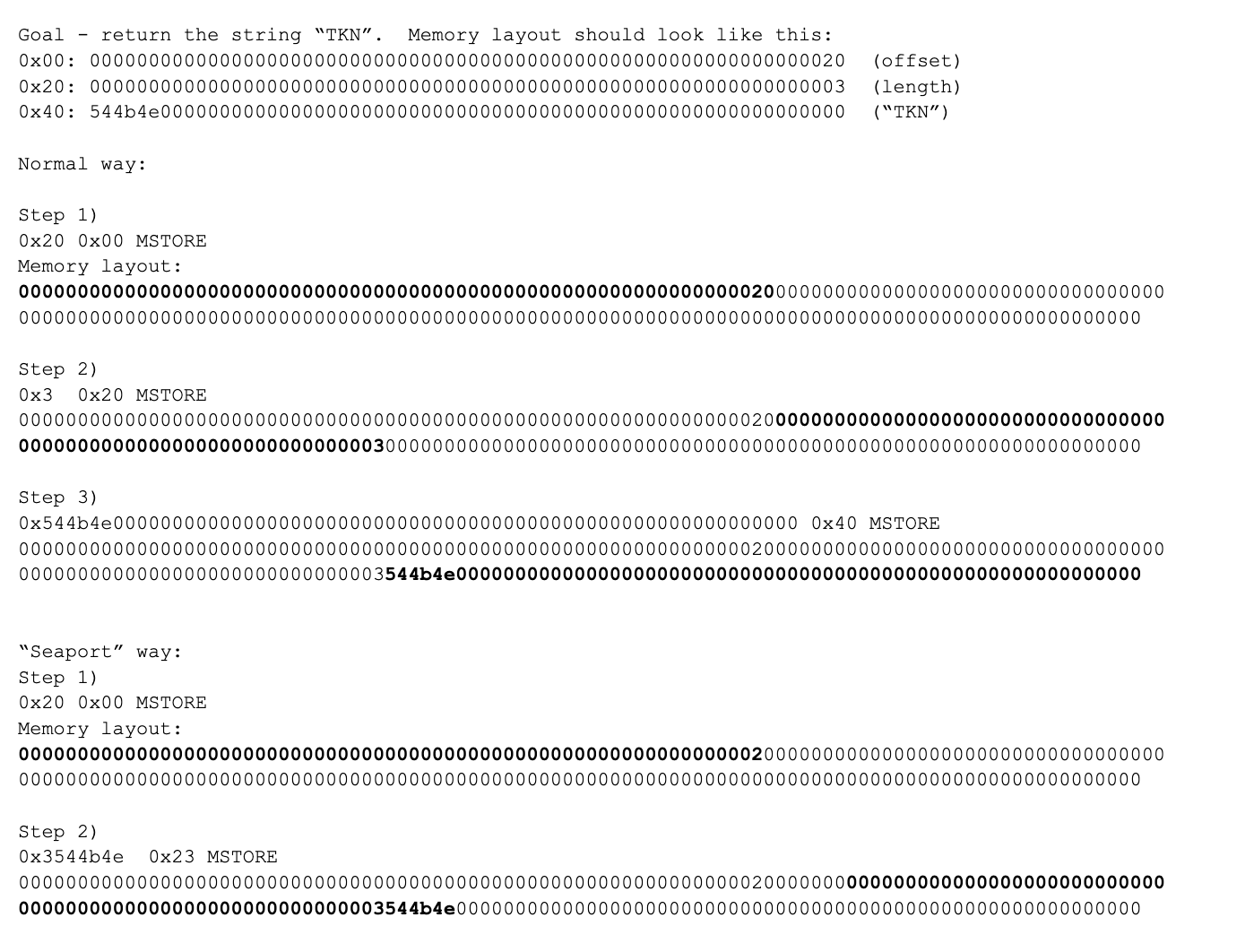